I wasn’t sure about the concept of the BBC’s 24 Hours in the Past at first. Watching celebrities complain about the frankly unpleasant nineteenth century tasks they had to undertake didn’t sound very appealing. However, I was impressed by how realistic the scenes in the first episode were. Filmed at the wonderful Black Country Living Museum, episode 1 was set in a dust-yard where dust and other rubbish was sifted through to collect bones, rags and pieces of metal.

The street was covered with horse manure and the celebrities were expected to clean it up while looking out for valuable ‘pure’ which was mixed in. Zoe Lucker, quickly getting fed up with her shovel, got stuck in and used her bare hands to pick up the manure.

While this is shocking to the modern eye, for the lower working-classes it was simply a fact of life. ‘Pure-finders’ spent every working day picking up dog excrement to sell on for a premium to leather-dressers and tanners (it was used to soften the animal skins before the actual tanning could take place).

Upper-class Victorians who happened to witness this daily task were equally as shocked. An American, John Henry Sherburne, who visited England in 1847, wrote that on passing through the great thoroughfares of Liverpool, ‘the most disgusting sight’ to him ‘was seeing women and young girls employed in scraping up street manure with their naked hands, and placing it in baskets, or their aprons’. He concluded, ‘These scenes are so common, as not to be noticed by the citizens’.

The dust-yard was the Victorian version of today’s recycling factories. No landfill for them! Nothing was thrown away because every single thing had a value and could be re-used in different forms. Rags were sold to paper makers after washing; bones were used to make knife handles and ornaments, and the grease from them was a component of the soap-making process; coal and cinders were needed for brickmaking; while horse manure mixed with night-soil (human excrement) and hops made an excellent fertiliser.

This first episode of 24 Hours in the Past illustrated the back-breaking manual labour our working-class ancestors had to carry out on a daily basis for a pittance; they lived a stark hand to mouth existence – when there was no work, there was no pay and no food. We take so much for granted today and this episode was a timely reminder of that.

With very little access to clean water, the Victorian working classes faced an uphill struggle when it came to keeping themselves clean and healthy. They were given a helping hand when the 1846 Baths and Wash-houses Act was passed. This legislation was a response to the successful experiments in providing public baths in Liverpool and the Glasshouse Baths near London Docks. The Act meant that corporations, town councils and parishes could fund the establishment of public baths and wash-houses through the rates, although they could not be forced to do so.

By 1865, numerous large towns had public baths and they were popular wherever they were established. When Coventry’s new baths opened in 1852, there were “upwards of 1,000 bathers on the day of opening”. At every public baths, there were separate entrances for men and women. Inside were baths with private facilities, as well as public and private plunging and/or swimming baths. All had first and second class options, and in later years, third class was also available.

The Baths and Wash-houses Act fixed the maximum fees bathers could be charged: the lowest class warm bath was 2d, while the cold version was 1d. Open-air baths were also 1d. For this price, they received clean water and the use of a towel. Higher fees were charged for the more superior facilities, which in a first-class private bath might include a carpet, chair, mirror, brush and comb.

The private baths were enclosed in a compartment and they were usually of the ‘slipper’ type. In many cases, there were no taps inside so the attendant controlled the temperature of the water from outside. In other baths, particularly first and second class ones, the bathers had taps inside the rooms.

An article in Living London (1901) mentions a particular bather who made full use of the bathing and washing facilities: “At Westminster they tell a tale of a certain flower-seller: Every Saturday evening, week in, week out, comes this girl, clad just as she would be when crying “Penny er bunch” on the kerb-stone. She enters from the street by the ‘wash-house’ door, and proceeds to a private room, where she takes off all her clothes but her skirt and jacket,, and puts her front locks into curlers. Then she hires a trough, mangle, etc. for an hour, submits her underwear to the cleansing process, finally hanging it up to air; that done, she buys a ticket for a twopenny hot bath, bathes herself, puts on her clean clothes, combs her fringe, and for the expenditure of threepence-halfpenny emerges as good an imitation of ‘new woman’ as anybody else could compass at any price!”

For those who could afford it, the ultimate in luxury was the Turkish bath which were available in most large cities. According to Living London, “it is practised in perfection at the Hammam (or Turkish bath) in Jermyn Street, St James’s. It costs four shillings, and it takes two hours; but nothing yet invented by Londoners, or annexed from abroad, has ever come near the delicious experience or the restorative quality of the Turkish bath. One enters, a world-weary wreck, tired from travelling, working, pleasuring, maybe, rheumatic; one sits, or reclines, in a succession of hot-air rooms, each of the eight hotter than the last – varying from 112 degrees F to 280 degrees F – until a sufficient perspiration has been attained.”

“Then one is conducted to the shampooing room, and whilst reposing on a marble slab, one is massaged by light-handed attendants. That process is followed by a series of brushes and different soaps; and after a variety of shower douches and a plunge into cold water, the bath is complete. A sojourn in a lofty cooling room, a quiet smoke, or a light meal, and one sallies forth to a new being. A visit to the gallery of the attendant hairdressers makes perfection more perfect.”

Living London recommended the vapour bath (obtainable at the Marylebone and a few other public baths) as “an excellent substitute for the Turkish should limited time be a consideration. Various medicated baths are also used by a section of Londoners – such as pine, bran, sulphur – to cure certain ailments, as alternatives to foreign springs, etc. whilst electricity is impelled through the water at the request of some others. This sort of bath is occasionally used in conjunction with the Swedish system of treatment (massage and exercises by means of mechanical appliances), now much practised in the Metropolis.”

While these luxurious Turkish and vapour baths were beyond the reach of the working classes, those in regular employment could afford to use the public or private baths once a week. As The Graphic reported, “At the cost of a pint of the commonest beer, the working man may enjoy an invigorating swim or a wholesome cleansing in a private warm bath.”

Buy on Amazon US 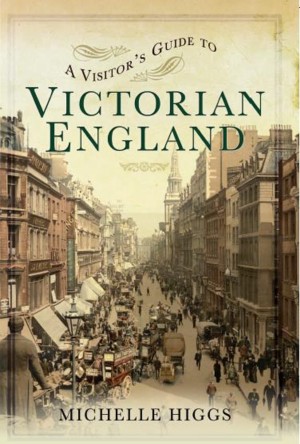